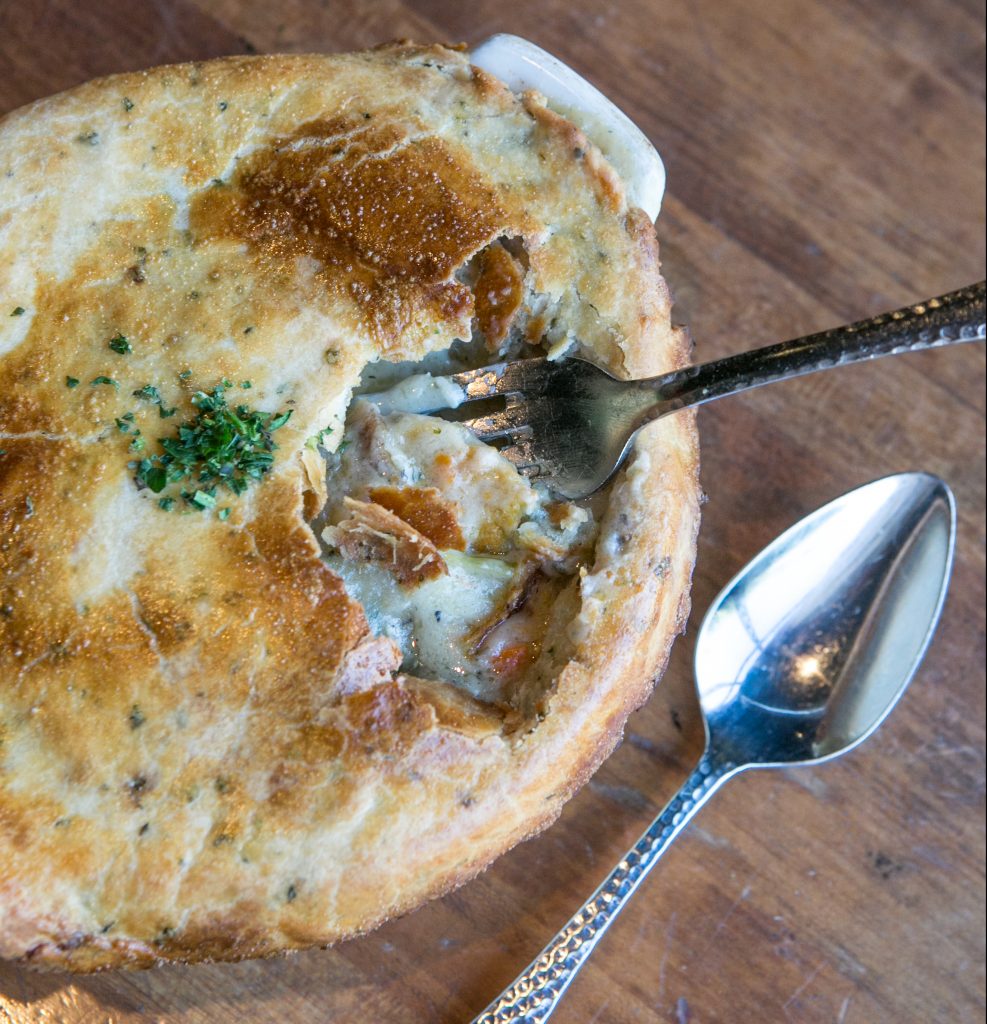 From creative poutine to mouthwatering pot pies, here’s where to find meals that’ll make you feel good this season.

As the temperatures begin to drop and the days get shorter, we all seek our creature comforts: cozy sweaters, warm mugs of tea and quiet evenings spent curled up on the couch. And, whether we attribute it to a physiological response to colder temperatures, our appetites revving up just in time for the holidays, or the fact that bikini season is well behind us, nothing soothes and satisfies like food this time of year.

Fortunately, comfort foods are staples on countless menus around town. And, while they may not be able to emulate your mom’s home cooking, many local chefs are taking an elevated approach when it comes to serving up the classics (think: mac and cheese made with high-end Italian pasta and buttermilk-and-herb-marinated fried chicken). Head to one of these popular local spots this season and savor the rich flavors and happiness brought on by your favorite indulgent meal.

Chicken pot pie both warms and soothes during the colder months, but at Lumberyard, it’s a year-round staple and what owner Cary Redfearn describes as “one of the classic comfort dishes in America.” The eatery’s version uses all-natural, pre-roasted chicken breasts and fresh vegetables smothered in veloute—a mouthwatering, rich white sauce thickened with butter and flour. “Our chef also hand-rolls the dough for the golden brown crust,” says Redfearn, who adds that on select holidays throughout the year, such as Christmas, New Year’s Eve and Valentine’s Day, guests may opt for chunks of lobster meat instead of chicken for the “ultimate decadence.”

But the pot pie isn’t the only comfort food on Lumberyard’s menu. Diners can also savor meatloaf wrapped in bacon, French onion soup or corn bread served in a skillet with honey butter. (949-715-3900; lblumberyard.com) 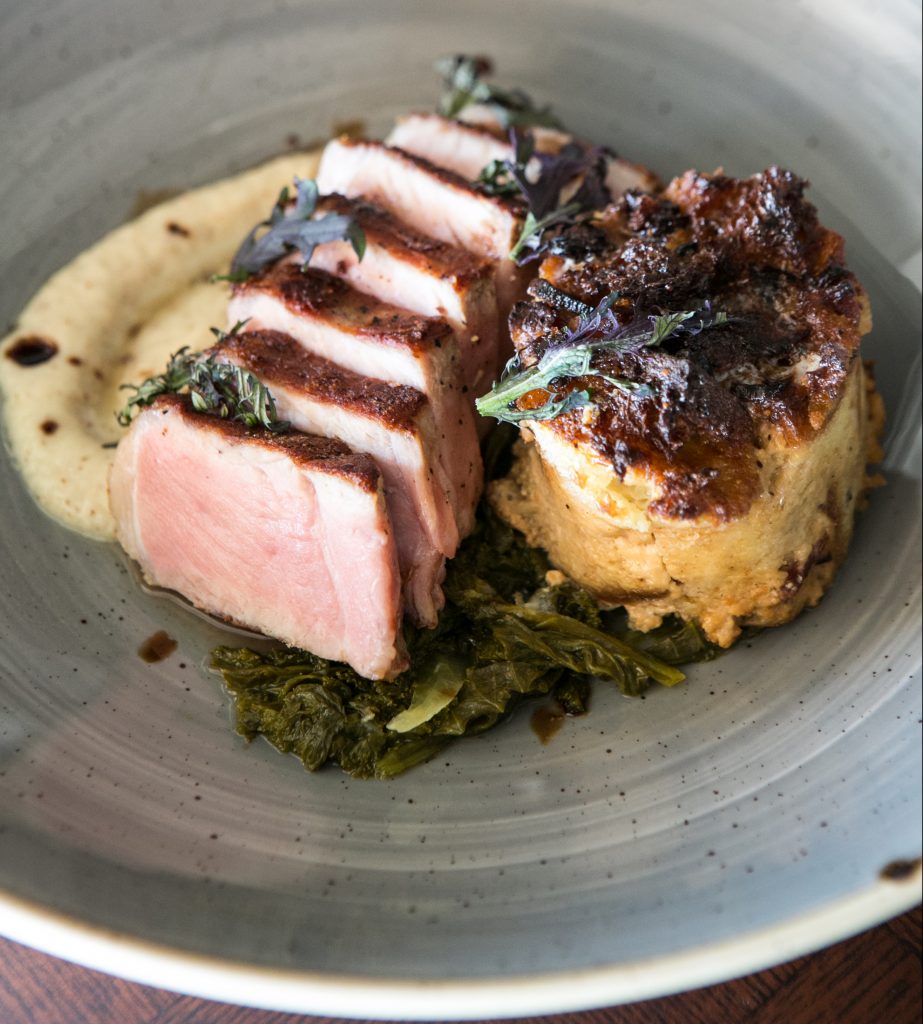 A hearty, 9-ounce pork chop is the centerpiece of an elevated comfort food option that The Loft’s chef Michael Campbell refers to as a “holiday-inspired dish,” reminiscent of figgy bread pudding. Campbell loves the combination of pork and figs, and says that he tends to create a dish with some variation of the duo each year.

“The dish is a pan-seared Kurobuta pork loin with fig pain perdu and sweet mustard soubise. We sous vide the pork, then [slice a chop and] sear it to order,” Campbell explains. “The pain perdu is a two-day process where we soak baguettes in custard with shallots and dried figs. We also use bacon in the pain perdu, which gives the bread a sweet and smoky component throughout,” he says. As a final touch, Campbell adds caramelized onions and whole-grain mustard to round out the flavors of an entree that he says boasts a “vast array of complementary flavors.”

Another option is The Loft’s grilled cheese sandwich, made with creamy burrata and served alongside an heirloom tomato bisque. (949-715-6080; montagehotels.com/lagunabeach) 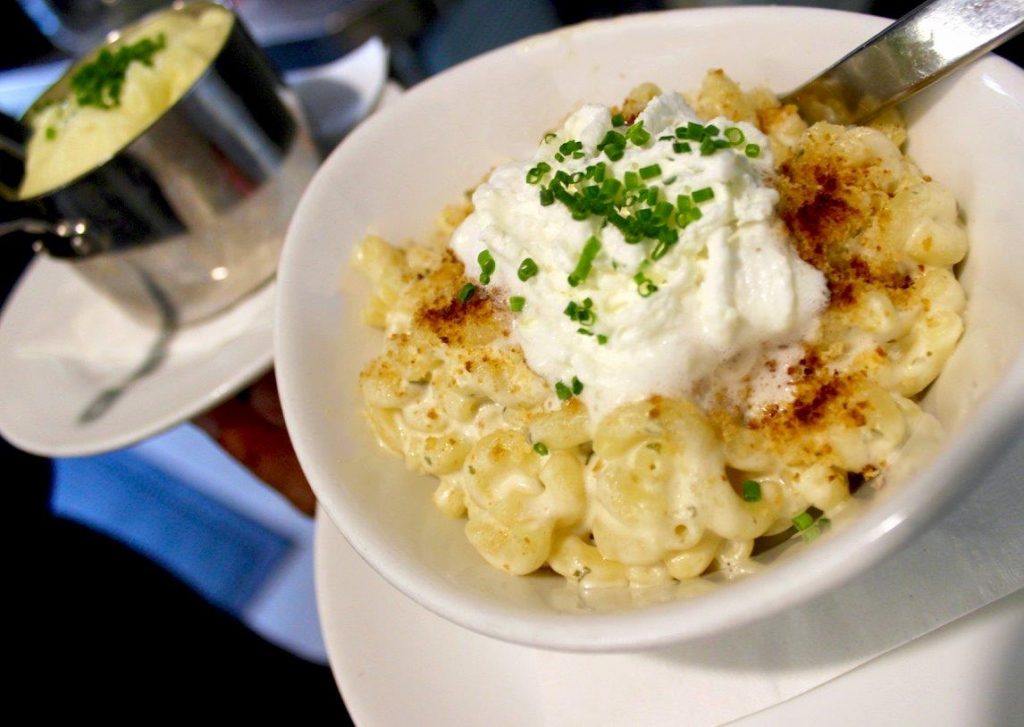 Made with a creamy fondue sauce that combines five different cheeses—Boursin, mascarpone, Parmigiano-Reggiano, smoked Gouda and Point Reyes blue—as well as chives, garlic, basil and parsley, Selanne Steak Tavern’s mac and cheese is anything but basic. “We use a very high-end Italian pasta that has a rustic texture, which holds sauces beautifully. Also, by using a combination of different cheeses, we create [a] very unique flavor profile for this dish,” explains Executive Chef Joshua Severson.

The mac and cheese is also unique in that it’s served with a crispy brioche crumb topping and a dollop of house-made Parmesan foam, which is created through a process that involves steeping cheese rinds in heavy cream and milk, as well as the use of a highly pressurized nitrogen canister.

“Macaroni and cheese is the embodiment of comfort food: It’s rustic, warms you up inside and brings back fond childhood memories. And our version takes the dish to a completely new level,” Severson says. (949-715-9881; selannesteaktavern.com) 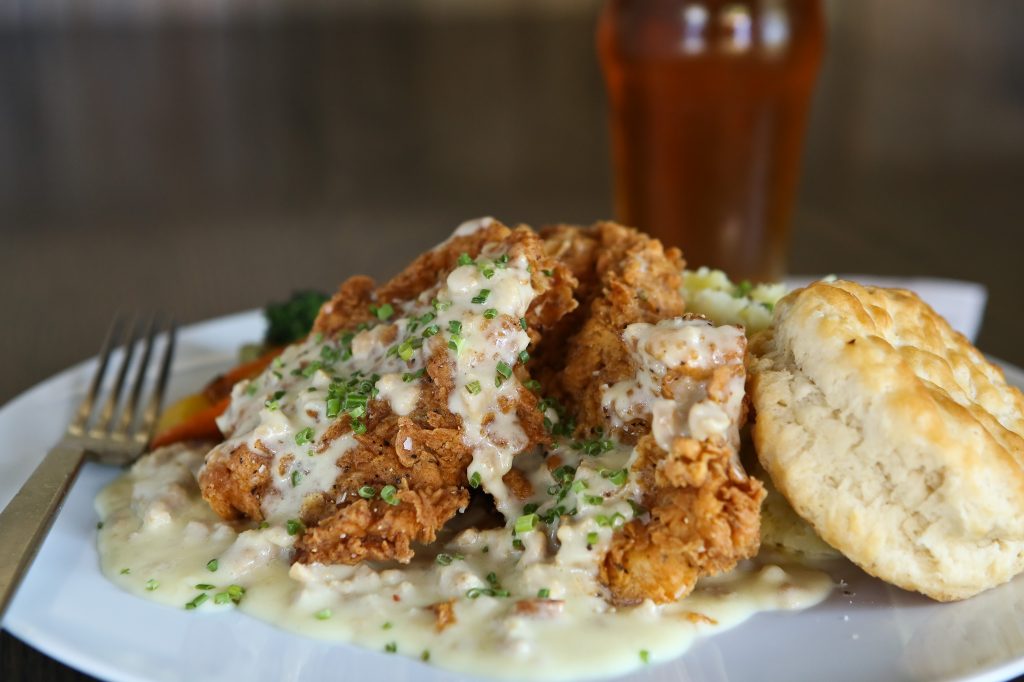 Made entirely from scratch daily, Rosemary’s Chicken & Biscuits at Reunion Kitchen & Drink is the eatery’s best-selling dish, according to owner Scott McIntosh. To create the popular entree—also available in a smaller portion size for lunch—chicken breasts are marinated in a buttermilk-and-herb sauce for 24 hours, and then hand-battered and fried to order. The chicken is paired with mashed potatoes made with rich cream and butter, all of which is topped with a house-made sausage gravy and complemented with a side of roasted vegetables, a warm biscuit and house-made whipped honey butter.

“It’s one of those dishes that, once you try it, you will absolutely crave … . Maybe it’s because the chicken is super crispy and completely moist at the same time. Maybe it’s the Farmer John sausage patties that we chop up and mix in the gravy. Maybe it’s the honey butter. It just makes you feel warm and satisfied,” McIntosh says. (949-226-8393; reunionkitchen.net) 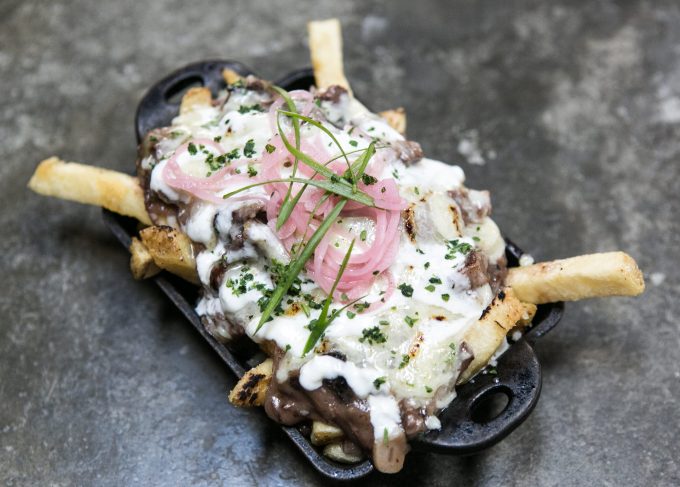 This poutine incorporates aged cheddar rather than cheese curds.

The eatery uses an all-natural beef that’s well seasoned before it’s seared and braised for more than four hours at 200 degrees. Once it’s shredded and strained—with those juices being used to make the gravy—the meat is combined with leeks, garlic and shallots, all of which is sauteed and then deglazed with red wine. The dish is served in a cast-iron skillet and includes house-made, double-blanched french fries, topped with aged cheddar cheese, horseradish creme fraiche, green onion, pickled red onion and an optional fried egg.

“We searched for cheese curds at the time, but they were not available like they are now, so we opted to make our own version of the dish and used a high-end cheddar instead,” Adams explains, adding that it’s remained a menu staple for years due to popular demand. “Our poutine dish is everything a comfort food should be: rich, hearty, satisfying and familiar. It’s almost like beef stew served over french fries. And it’s especially perfect for winter.” (949-494-8686; 370common.com)